In 1958, Dr. Roger Bacon carried samples of his newly invented material into the Naval Ordnance Lab. He wanted official ASTM specifications for his carbon fiber, or ‘graphite whiskers’, and Stan Prosen was the man to do it – he had developed the standards after all. Stan fashioned the carbon fiber into a standard-sized test ring. What his tests revealed, though, was anything but standard; this was a revolutionary new material. In his notebook, Stan scribed the prescient if understated memo: “strength and modulus of carbon-based fiber 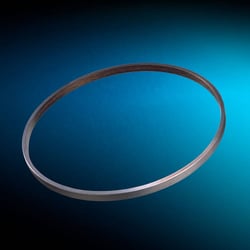 indicates that such fibers will soon outperform glass and other fibers in composite structures.” And then—perhaps in his excitement—he dropped the ring. It hit the floor, bouncing back almost to its original height. It was not just the remarkable efficiency of that bounce that caught his attention, however, but the sound of the ring produced against the tile floor – a tone remarkably clear and sustained, unlike anything he had ever heard before.

Within twenty years, high-performance carbon fiber was revolutionizing industries as diverse as medical technology, aviation, architecture, and recreation, making it one of the most significant material advances of the twentieth century. But Stan, who came from a musical family, was still thinking of the sound of that ring drop in his laboratory and how to harness its acoustic properties to make beautiful music. 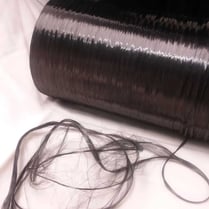 Early prototypes of the CodaBow were born in the attic laboratory of a dormant liniment factory in WinonaMinnesota. Amidst the hand-blown

flasks and graduated cylinders, the makers gathered their ingredients. Some ingredients, like graphite-fiber technology, were new to bowmaking, yet some were as old as bowmaking itself: a passion for the art, a dedication to the science, and an uncompromising commitment to performance. In all our craft, CodaBow continues to honor the significant historical events that pioneered the modern bow, whether two decades ago creating prototypes in an attic, five decades ago testing a new advanced material in a lab, or two centuries ago in a Parisian workshop where M.Tourte revolutionized the concept of a stringed bow.

During all those years, CodaBow founder Stan Prosen held onto that original carbon fiber test ring, the one whose remarkable tone first inspired the idea for a new type of bow. It sits in the CodaBow Workshop today, a reminder of our origins, and a continuing source of inspiration.

Known as the ‘Grandfather of Composites’, Stan (together with Roger Bacon, the inventor of carbon fiber) fabricated the earliest carbon fiber parts ever made. While testing one notable part, the NOL ring, Stan accidentally dropped it and discovered the “uncommon resonance” which inspired what eventually became the CodaBow. Despite esteemed credits of numerous scientific publications, patents, ASTM standards, and some of the highest industry awards, Stan considered pioneering the carbon fiber bow to be his greatest professional contribution to humanity.

Soon after Jeff graduated from Princeton University with a degree in Aerospace Engineering, a chance encounter with Stan redirected his gaze from exploring galaxies far far away to pioneering beautiful new frontiers here on earth. Jeff’s expertise in structural design and his passion for music lent themselves extraordinarily to the science of improving bow performance through advanced technologies. Jeff considers working with such industry giants as Stan and Roger to be his greatest professional honor.

One of today’s most respected traditional bow makers, Roger personifies a passion for excellence in bow making. Handcrafting fine pernambuco bows in the French tradition for or over 40 years, Roger has developed a style that is recognized worldwide for its elegance and playability. His bows can be found in the hands of the finest players of our time and hold permanent residence in the Smithsonian Institution’s musical instrument collection.

Since pioneering the original carbon fiber bow, CodaBow’s master makers and leading scientists have created award-winning bows for players of every style, station, and aspiration. Generations of players throughout the world trust their performance to CodaBow.